After Tubby, there are any number of candidates for the most influential person in Toc H – the post-war organisation, not Talbot House. Personal favourites are Pat Leonard and Barclay Baron but others will cite different committee members, office holders and confidantes of Tubby. However, one man must take a lot of credit for putting order to Tubby’s pipe-dreams. Peter Monie was the first Honorary Administrator of Toc H and he put the Movement in good-shape for years to come. This simple biographical sketch of Peter’s life should just be seen as an accompaniment to Peter’s own writings which are largely gathered together in Toc H Under Weigh and are recommended to the reader.

Peter William Monie was born in Rothesay, Bute on 30th March 1877 to Peter and Elizabeth. Peter Senior was an English teacher and Assistant Master at Duns whilst Elizabeth’s father was an elder in the Auld Kirk at Duns. It soon became clear that their son was destined to be a scholar.
Peter was educated at Irvine Royal Academy (his father would later be Rector there) then Glasgow University before heading to Balliol College, Oxford. As well as being the alma mater of three British Prime Ministers and a host of Nobel Laureates, Balliol had several Toc H connections; most notably, Neville Talbot who was chaplain there 1909-1914.
In 1899 Peter passed his entrance exams into the Indian Civil Service and was posted to Bombay Province as an Assistant Collector, arriving 16th November 1900. As subordinate to the Collector-Magistrate (Previously the District Officer), he would have dealt with the collection of taxes; the distribution of agricultural loans; and the assessment of land. However, he would also have been involved in the maintenance of law and order in his district. 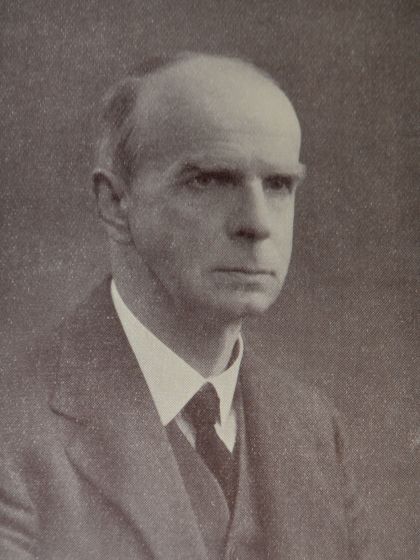 Trying to capture Peter’s contribution to Toc H on paper in a few words is almost impossible. It is clear though, that Tubby’s belief in “cometh the hour, cometh the man” was well-founded in this case. Peter was the absolute right man for the Movement as it exploded with growth. A lesser man at the helm would have seen it floundering on the rocks almost before it had left harbour. Toc H owes Peter Monie plenty.